Video poker can be very profitable online and in real life. Its house edge is very low. Pay-out rates can even be higher than 100%. These games can thus be advantageous to the player.

Casinos can offer such rates because most players do not know how to benefit from video poker. They often use these machines as simple slot machines when using a strategy can allow you to win money.

In this article, we are going to present you video poker strategies. First of all, we will give you some advice. Then, we will go into details of the methods to adopt for the most common versions of this game. 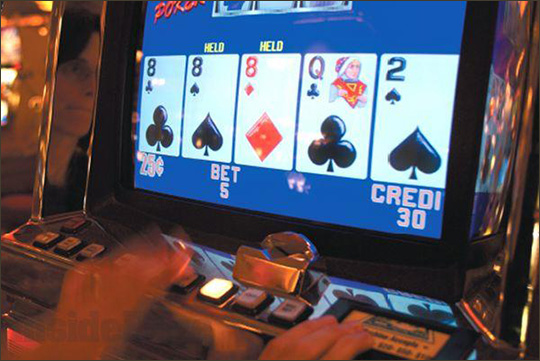 When you play any casino game, you should always set yourself some time, winning and losing limits. Video poker is no exception to this rule. Before you start playing, you should know how much money you can dispose of. This amount should be large enough for you to play for a long enough time. On the other hands, you should not either play for an excessive length of time, so that you stay focused at all times. Therefore, choose a time you wish to end the game. Also, never gamble more than the amount you have decided on. You need to be able to lose this amount without any regrets. Choose a maximum amount to win, not to be tempted by gambling more than necessary.

There are many variations of video poker. Some offer particular functionalities. You need to master all the elements of the game before you start placing a bet on it. To make sure you're using all the advantages a game might offer you, get information on the machine on which you're about to play. Some offer a progressive jackpot. Remember that this jackpot, which grows with the bets from players, can only be won if you bet the maximum amount.

Even in a single variation, video poker games can be more or less profitable. Prefer total payment machines. You can recognise them from the winnings table. A Jacks or better should give you at least 6 coins for a flush and 9 for a full. Deuces wild should give you 9 coins for a straight flush and 5 for four of a kind.

Strategies in Jacks or better

Jacks or better video poker is the most common. Its rules are the basis for numerous other variations which give different amounts for different combinations. The following machines have a strategy that is very close to this one: All american, All aces, Aces and faces, Aces and eights, Bonus poker, Bonus poker deluxe, Double bonus poker, Double jackpot poker, Double double bonus poker and Double double jackpot poker.

The first thing to keep in mind is always to keep the cards which form a winning hand. Then, here is our advice:

- Keep 4 cards if they can be used to form a straight flush, a flush or a straight.

- Keep 3 cards if they can be used to form a straight flush, a flush or a straight.

- Keep 2 identical cards lower than a Jack to try and form three-of-a-kind, two pairs, four-of-kind or a full house.

- Hold on to your 2 higher cards, equal to or higher than a jack, to try and form a pair, three- or four-of a kind.

- Hold on to kings, queens and jacks rather than to aces. 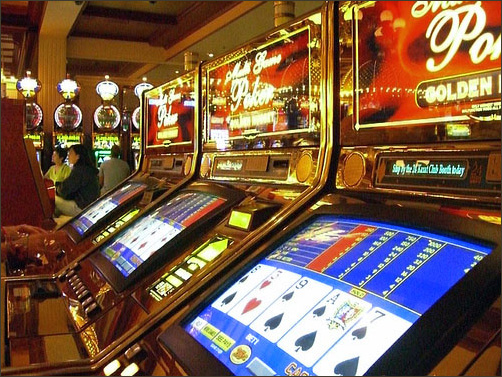 Strategy in Tens or better

The same strategy applies to Tens or better, the only difference being that tens are considered a high card since a pair of tens makes you win money.

Video joker poker is rather similar to Jacks or better. The only differences are that there is a joker and that the lower winning hand is a pair of kings. Therefore, a similar strategy applies. The principal difference is that only kings and aces are considered high cards. Also:

- Hold on to your jokers.

- Prefer flush hands which are more common than in Jacks or better.

Double joker poker only adds an extra joker, therefore, its strategy is the same as for Joker Poker.

Deuces wild is one of the most profitable video poker variations. It is even often advantageous for a player using the following strategy. This version also inspired a number of others: the Loose deuces, Jackpot deuces and Bonus deuces wild variations use the same rules but a different winnings table. The Deuces joker version adds a joker which can replace any card. These five versions therefore have a similar strategy to that of Deuces wild.

The first thing to keep in mind is always to hold on to cards which form a winning hand. Also, keep your twos since they are joker cards. Then, here is our advice:

- Try and form a flush, a straight or a straight flush when you have two twos.

- Keep 4 cards forming the start of a royal flush rather than a straight or a flush.

- Keep 4 cards if they can be used to form a straight flush, a flush or a straight.

- Keep 3 cards if they can form a straight flush, a flush or a straight.

- Only keep one pair to form a full house, three- or four-of-a-kind, even if you have two of them.

- Dispose of two cards even if they can be used to form a straight flush, a flush or a straight.